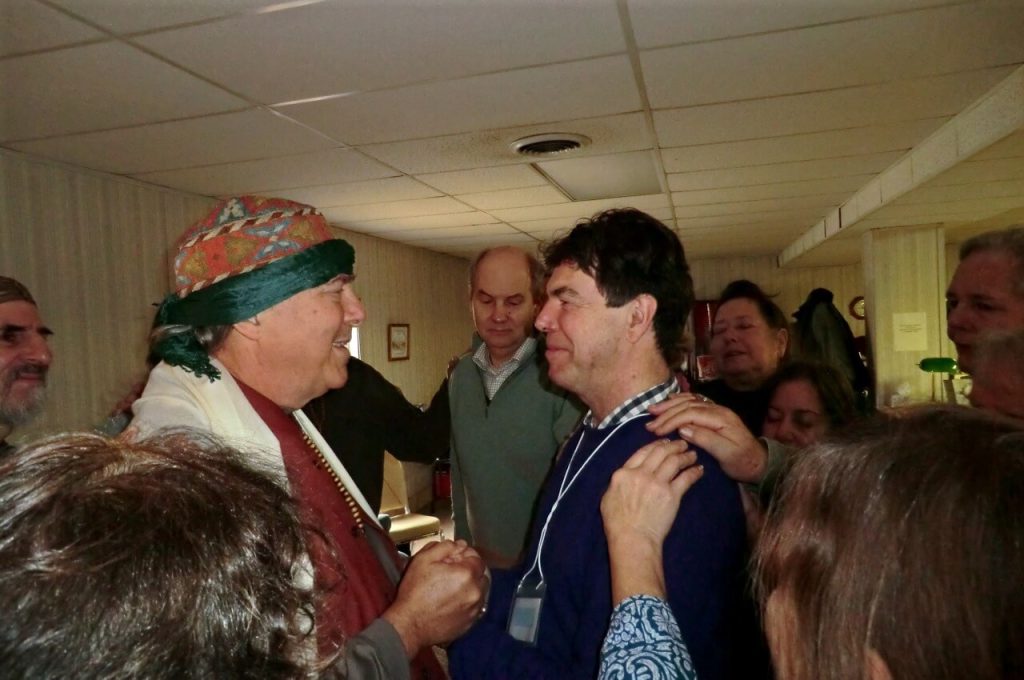 Nobody in the East would think for a moment of journeying along the spiritual path without personal guidance. Ghazzali the great Sufi says, “To journey in the spiritual path is like shooting an arrow without knowing where it will go and what it will hit.” Initiation and training with a spiritual guide were considered necessary ingredients in this process of self-discovery. The principal teaching of Sufism is that of learning to become a pupil. The greatest teachers of the world have been the most devoted pupils.

The work of the guide in Sufism is to bring out the perfections of others. It is the sympathy between the pupil and the spiritual guide that builds a bridge between their hearts for the spiritual knowledge to pass. The unity of brains cannot bring this about. The Murshid is essentially a dispenser of life to mureeds so that they may have more life and thus have success and fulfillment in their path of life.

Initiation in Sufism is called bayat. The meaning of the word suggests taking an initiative, advancing, or going forward in an unknown direction. The path of initiation is not a path of study as such, rather it is a gradual process of spiritual melting and a training of the ego.

As Hazrat Pir-o-Murshid Inayat Khan says: Bayat is the trust of someone who guides, given to someone who is treading the path. The one who treads the path must be willing to risk the difficulties of the path; to be sincere, faithful, truthful, undoubting, not pessimistic or skeptical, otherwise with all their efforts they will not reach their aim. One must come whole-heartedly, or else one should not come at all. Half-heartedness is of no value. And what is necessary, too, is some intellectual understanding of the metaphysical aspect of life, which some have, but not all; besides this the qualities of the heart are needed, with the divinity of love as a first principle. Then one needs action, but such action as will not hinder on the path of truth, such action as creates greater and greater harmony. And finally one needs repose, which makes it possible to learn by one day of silence what would otherwise take a year of study; but no doubt only if one knows the real way of silence.

Of course, no one can give spiritual knowledge to another person, because it is something that every heart already has within it. By initiation, what the teacher can do is kindle with his or her own light, the light which is hidden in the heart of the student. If the light is not there, it is not the fault of the teacher. There is a Persian verse of Hafiz: “However great the teacher, with the one whose heart is closed the teacher is helpless.”

The Murshid is a guide and counsellor on the spiritual path. What one does in the life of the mureed is to show them how they can clear their path towards the light within by their own efforts. To take initiation means entrusting oneself in regard to spiritual matters to a spiritual guide.

‘Mastery is in service, and it is the servant who alone can be master.’